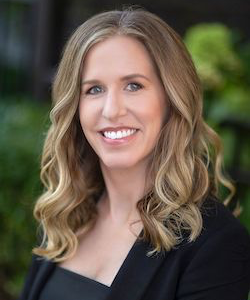 Upon first meeting Misty Cygan, you’re likely to note her amiable personality and unassuming demeanor. After a few minutes of conversation, her intelligence and good hearted nature are revealed. What many of her clients may have yet to discover is the grit, power and multiple accomplishments she brings to the table; all of which are fueled by her passion for humanity.

For over 14 years, Misty has delivered powerful, effective, legal representation to businesses and individuals throughout Chicago and the surrounding areas. Misty’s focus has become supporting other women in the business world. She helps women start their companies and serves as an advocate and advisor to ensure that their businesses begin with a strong foundation and grow with confidence.

Misty has vast knowledge as it relates to complex business litigation, representing and advising small businesses, and civil litigation. She brings concrete knowledge and experience to bear on matters that span industries.

After being honorably discharged from the Air Force in 2003, Misty relocated to Fort Lauderdale, Florida, where she attended Nova Southeastern University, Shepard Broad Law Center and earned her Juris Doctorate in May 2007. She was selected for the prestigious honor of serving as an Articles Editor on the ILSA Journal of International & Comparative Law her second and third years of law school. Misty graduated in the top 25% of her class and went on to become licensed in Florida in September 2007.

Misty was born and raised in Lake Geneva, Wisconsin and shortly after sitting for the Florida bar, she returned closer to home by relocating to Chicago and became licensed in Illinois in May 2008.

During her time at Seymour Johnson, Airman Cygan was hand-picked by squadron supervisors to devise a plan to incorporate a fifth aircraft phase dock. The plan’s triumph was evident when the 4th Fighter Wing achieved an additional 1,800 hours toward the annual flying hour program and accomplished 532 sorties for 2,702 hours in support of Operation NOBLE EAGLE. Airman Cygan scheduled over 19 cross-country sorties while maintaining a superb 99 percent scheduling effectiveness rate, exceeding Air Combat Command standard of 95 percent. Her knowledge contributed to the 333d Aircraft Maintenance Unit being recognized as “Best in the 4th Fighter Wing” when they attained a phenomenal 82.5 percent mission capable rate for December 2002, a first for the F-15E Strike Eagle aircraft in over 3 years. Misty was also selected for early promotion to Senior Airman, a distinct honor. Misty also provided support for Operation Noble Eagle in response to the 9/11 attacks.

At the core of Misty’s practice is her love of the law and her desire to help people. Misty’s passion for the law is exceeded only by her love for animals. During law school, she served as the Secretary for the Student Animal Legal Defense Fund (SALDF), whose goal was to help pass new legislation as it related to the protection of animals and for stricter penalties and punishment for animal abuse. She also currently volunteers with PAWS Chicago, the area’s largest no kill humane organization. An animal-lover since she was a child in rural Wisconsin, Misty assists fellow animal-lovers in providing for their pets after they are gone or can no longer care for them. There are several ways to provide for your pet, including wills and trusts for animals.